Australia fires: A visual guide to the bushfire crisis 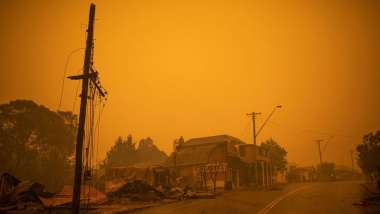 Record-breaking temperatures and months of severe drought have fuelled a series of massive bushfires across Australia.

Although recent cooler conditions and rain have brought some respite, more than 50 fires are still burning in the states of New South Wales and Victoria.

Hot and windy conditions are forecast to return to many parts of New South Wales this weekend and authorities in the Australian Capital Territory (ACT) have declared a state of emergency as massive bushfires rage south of Canberra.

At least 33 people have been killed – including four firefighters – and more than 11 million hectares (110,000 sq km or 27.2 million acres) of bush, forest and parks across Australia has burned.

Any cookies that may not be particularly necessary for the website to function and is used specifically to collect user personal data via analytics, ads, other embedded contents are termed as non-necessary cookies. It is mandatory to procure user consent prior to running these cookies on your website.