Earth is the only known planet in our solar system that supports life. Nearly all of the energy essential to sustain life ultimately comes from the Sun. Without it, Earth would be a dark and frozen planet. The sunlight is only a proportion of the electromagnetic radiation emitted by the Sun. This radiation reaches the atmosphere, an invisible shield surrounding the Earth, protecting it from meteorites and the harmful properties of electromagnetic radiation.

By entering a small greenhouse, the visitor understands the, similar to the greenhouse glass structure, function of the atmosphere. The gas components of the atmosphere and mainly carbon dioxide, block heat from escaping towards space, keeping Earth warm enough to sustain life. Plants capture solar energy and convert it into chemical energy, stored in carbohydrate molecules, which are synthesized from water and carbon dioxide. Oxygen is also released as a by-product. This process is called Photosynthesis and is presented in a short video, titled “the leaf factory.” Life on our planet is carbon-based. Carbon bonds with other elements and forms a great variety of molecules, essential components of all biotic and abiotic factors. The visitor can observe the movement of carbon through ecosystems.

Water covers about 70% of the Earth’s surface. Most of it is salt water forming seas and oceans, while most of the remaining freshwater is frozen in glaciers. Water is essential to life. The water cycle, also known as hydrological cycle, is presented through a waterfall model of actual water.

The ongoing discovery of life functions continues as the visitor encounters two ecosystems; a terrestrial and an aquatic one, the forest and the coral reef respectively. Life in a forest is presented within a scenery where a squirrel, a bear, butterflies and other insects, flowers and an eagle flying up in the sky appear. Information about the forest and life forms in it are provided through touch screens.

The coral reef is a diverse underwater ecosystem. Corals build their hard skeletons from inorganic substances found in the sea. Colonies of green algae cover the corals while phytoplankton floats above them. Striking colored fishes swim among them. The coral reef is spectacular. A closer look reveals a complex web of the relationships between flora and fauna in the clear blue water… 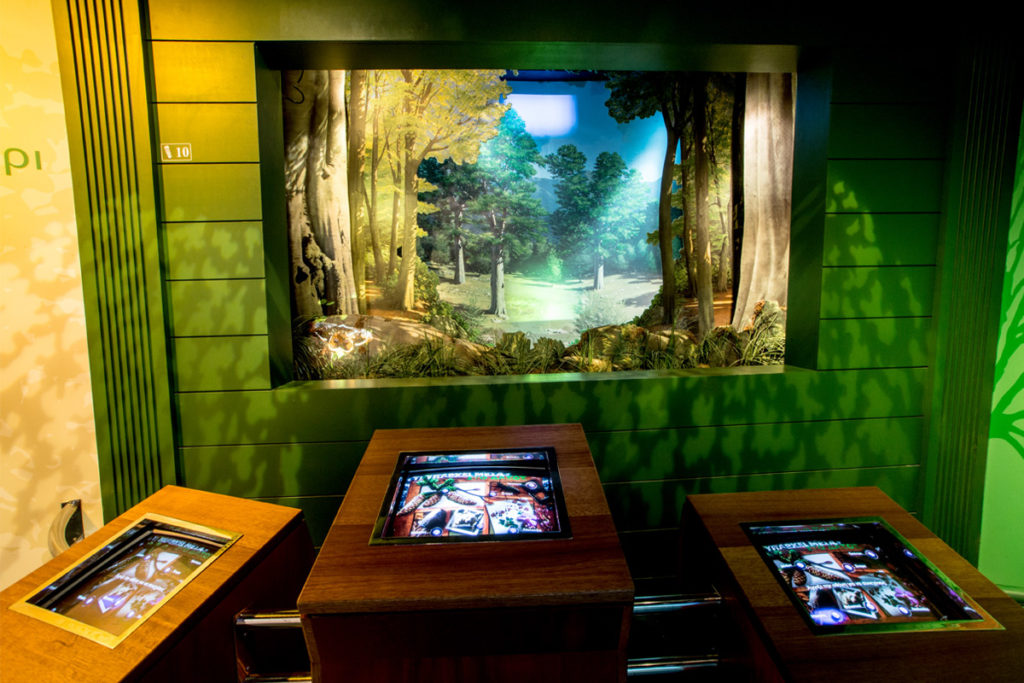